MySQL Time Machine is a collection of services and tools for creating, processing and storing streams of MySQL data changes. Its main components are presented bellow. 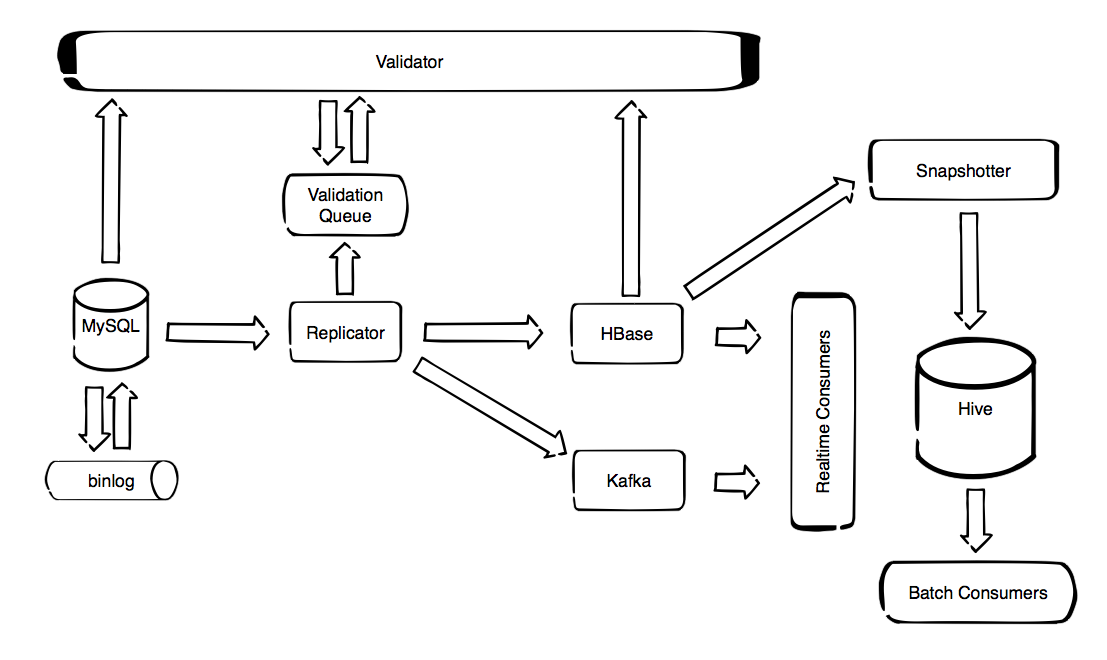 Replicates data changes from MySQL binlog to HBase or Kafka. In case of HBase it preserves the previous data versions. HBase version is intended for auditing of historical data. In addition can maintain special daily-changes tables which are convenient for fast and cheap imports from HBase to Hive. Kafka version is intended for processing data change streams in real time.

The components of the replicator are presented at the diagram bellow:

The numbers on the diagram mark the main tasks that the replicator does in order to reliably decode, decorate and deliver data change events to the designated target store:

In case of replication to HBase, we can use the fact that HBase is temporal database which supports versioning. By default we keep 1000 versions. This means that for every field in MySQL table, on the HBase side we have all versions (with appropriate timestamps) since the replication has started. However, if we want to see how a given table looked at specific point in time, we can scan the HBase table and filter the timestamps, get the versions that correspond to desired point in time and store it in a Hive table. This is the purpose of HBaseSnapshotter.

HBaseSnapshotter is a Spark application that takes a snapshot of a HBase table at a given point in time and stores it to a Hive table. This can not be done just by using HBase storage engine for Hive since it only works with the latest version. Spark does not have such limitations so it was used to make the snapshotter.